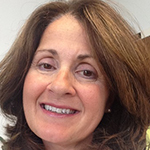 Need some one-on-one help?  You can visit the reference desk during reference desk hours.  The desk is located on the main floor of Axinn Library and is  staffed with faculty librarians who are there to help you with your research questions.

Or CHAT WITH A REFERENCE LIBRARIAN.  Use the LIVE CHAT pop up box.

Or ASK A LIBRARIAN.  Submit your question below!

Or you can make an appointment with me to get some in-depth help with your research.  Simply click on the blue SCHEDULE AN APPOINTMENT button under my profile photo (left column of this page) and follow the prompts.

Or you can make an appointment with a different librarian subject specialist to get in-depth help with your research.  Simply click on the SCHEDULE A RESEARCH CONSULTATION link on the Library Homepage and follow the prompts.