A guide devoted to celebrating the 50th anniversary of the dedication of the Axinn Library building. 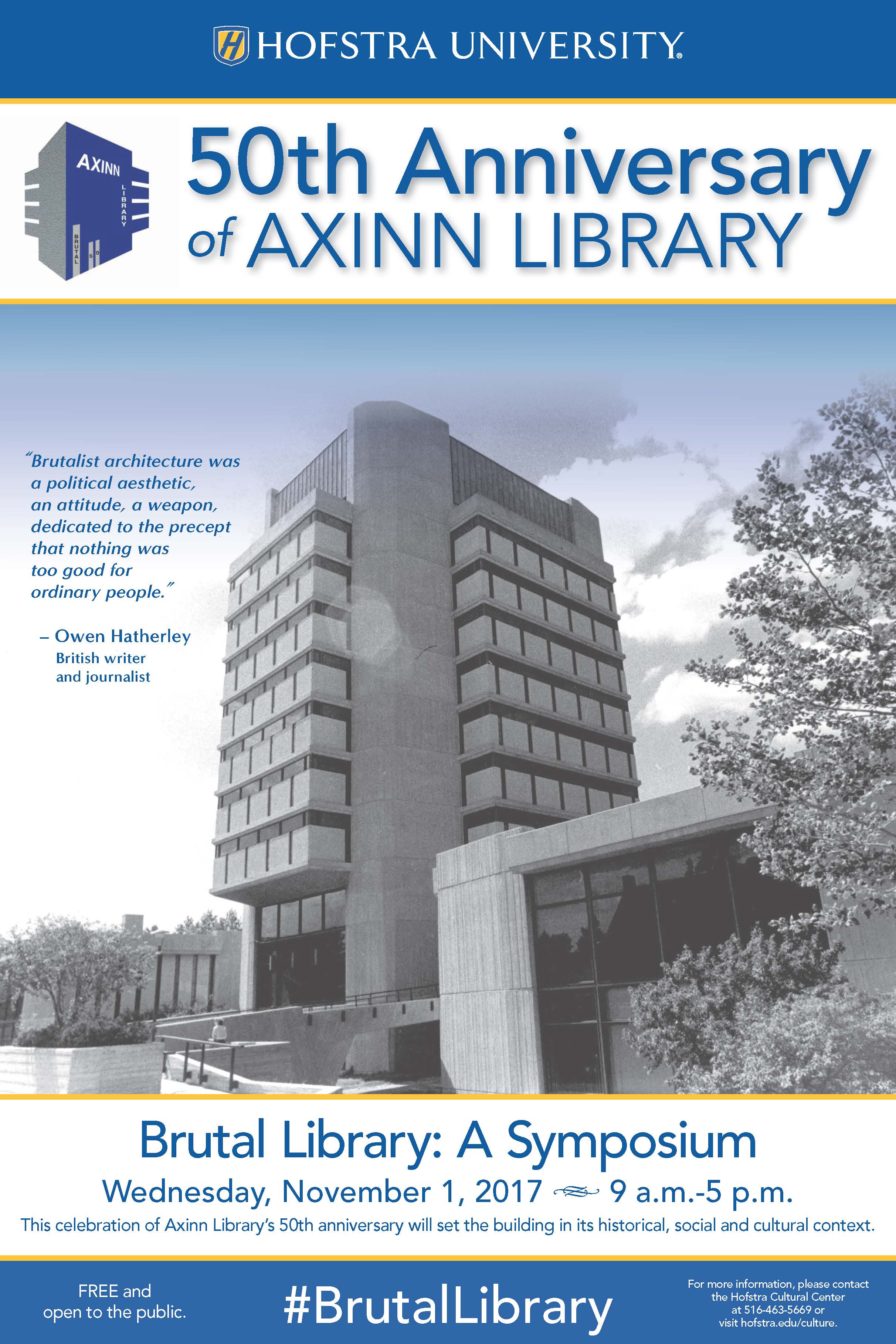 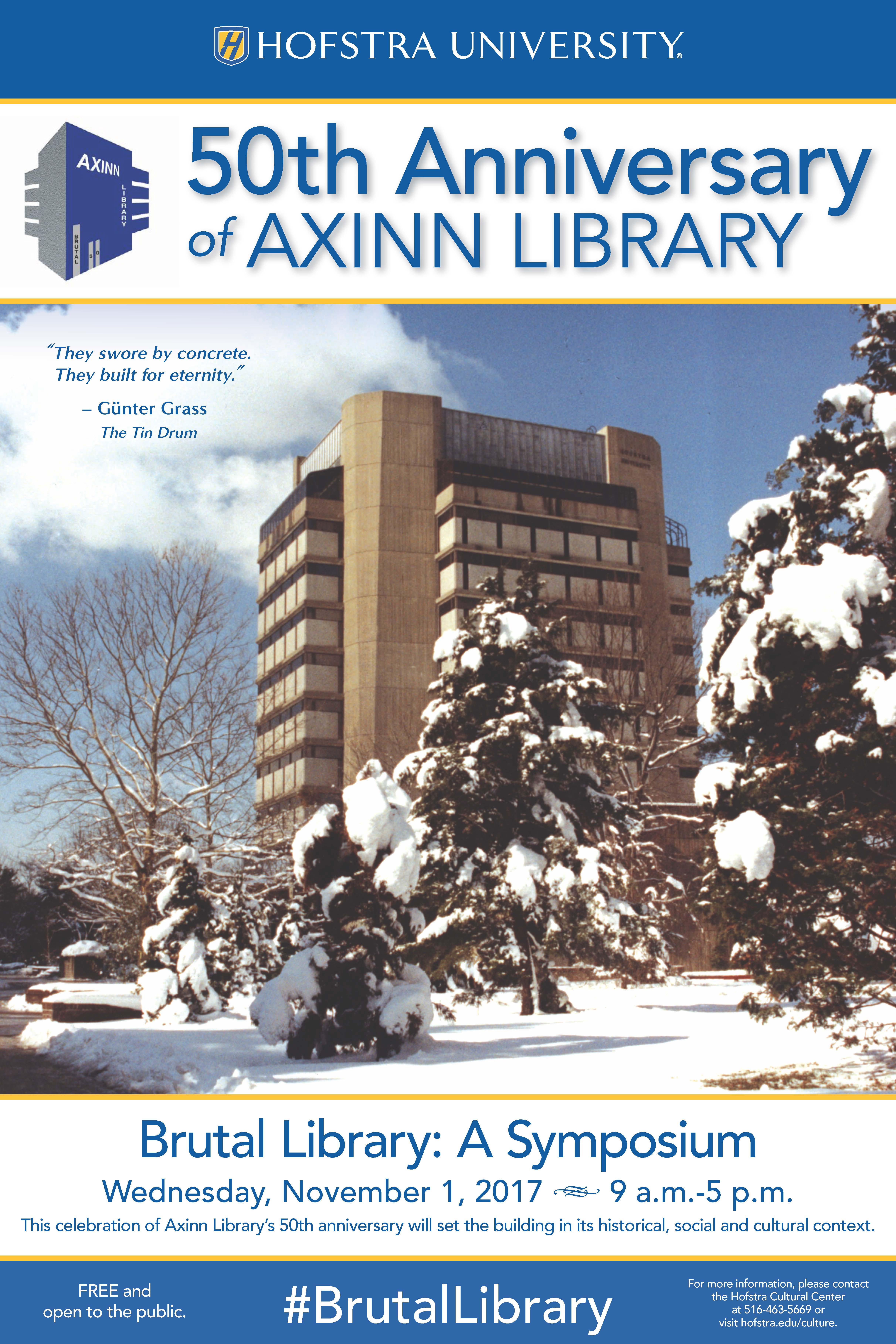 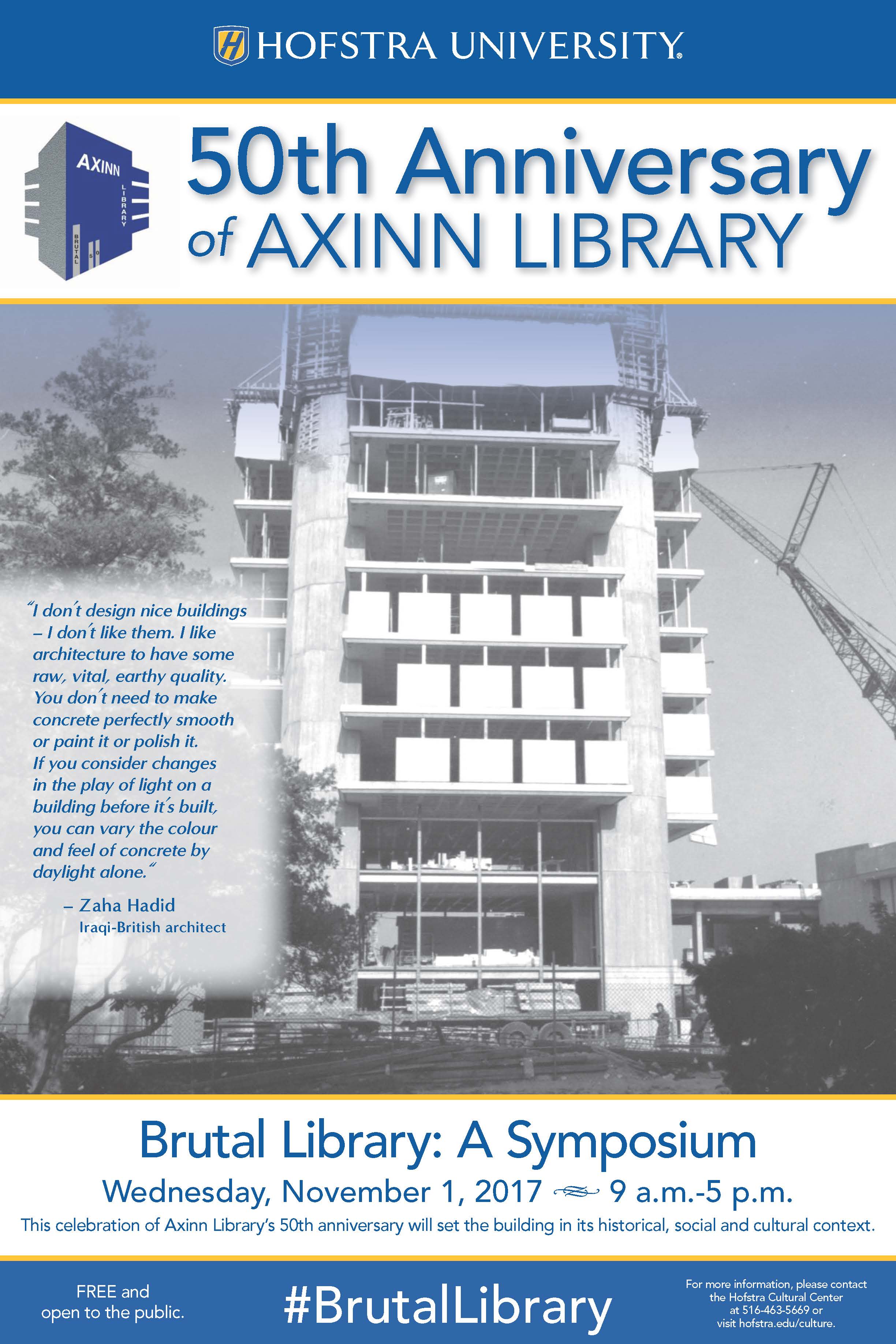 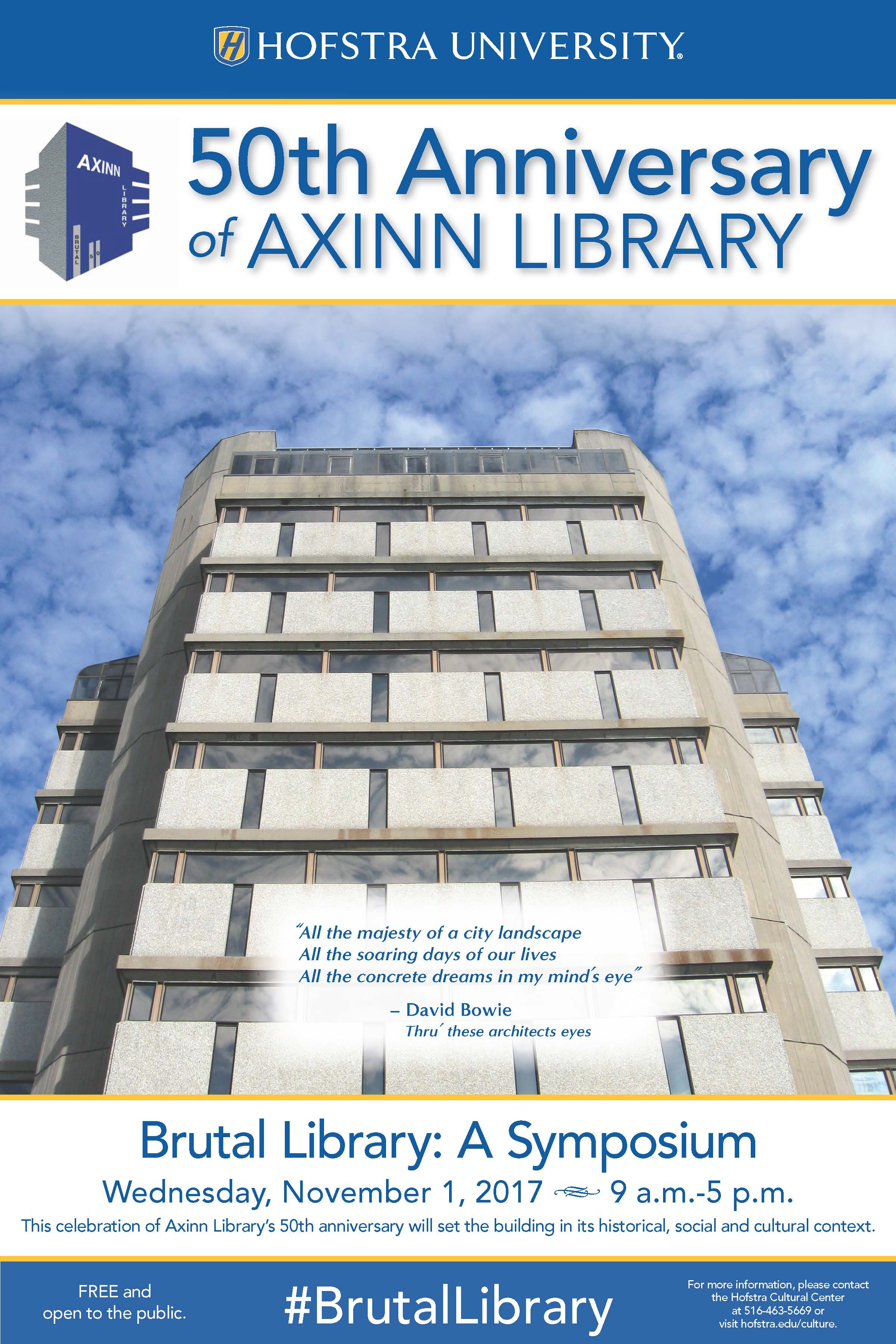 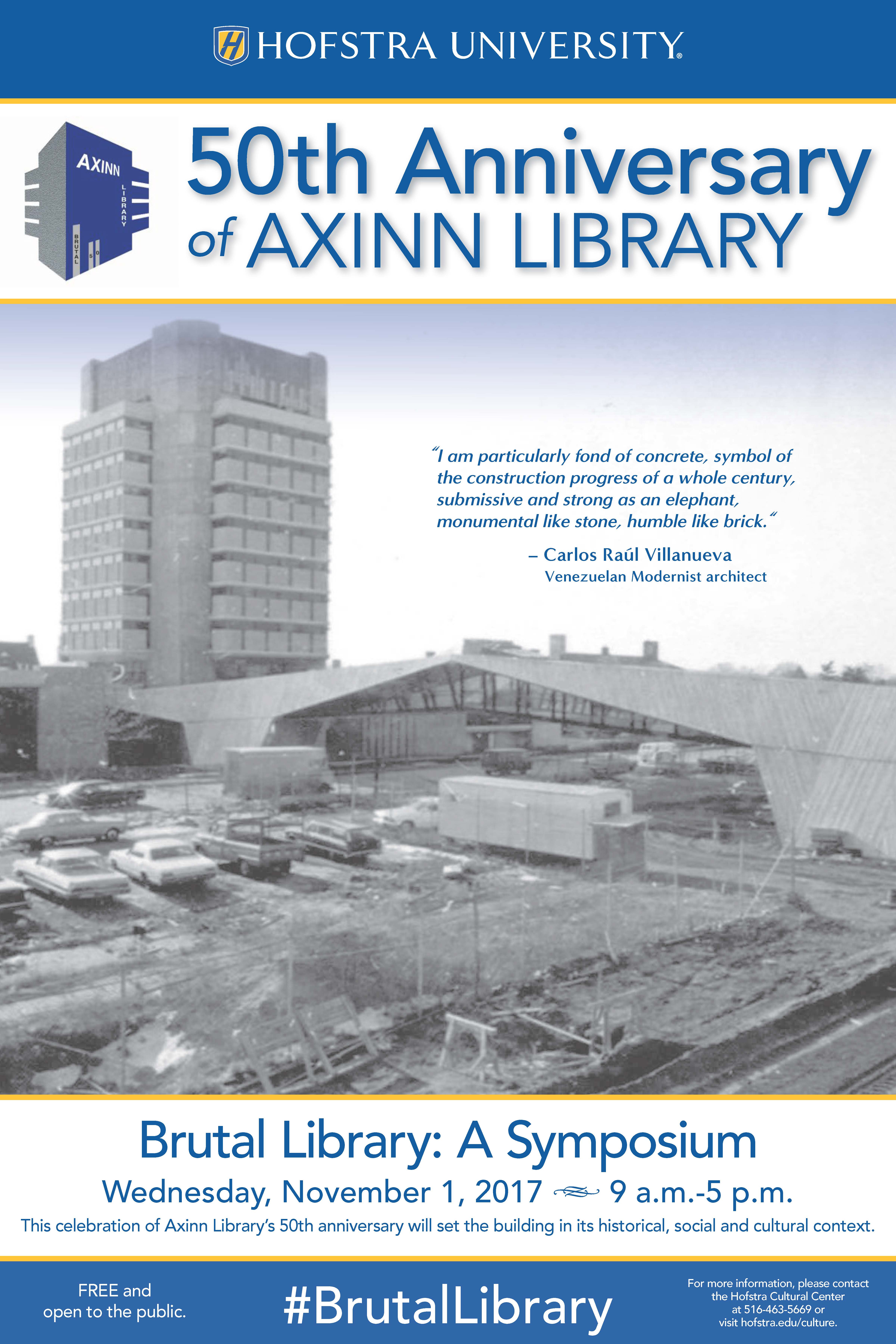 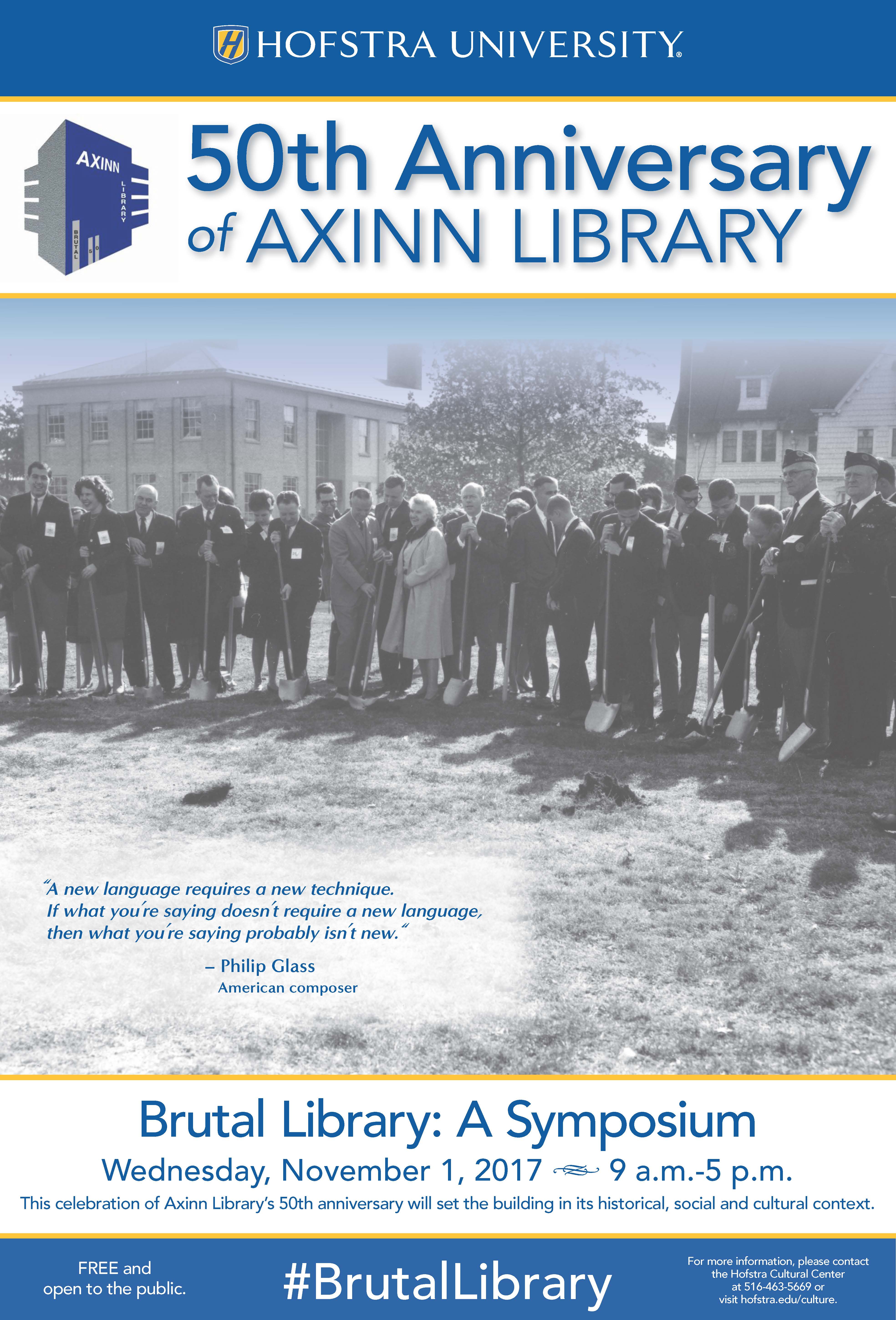 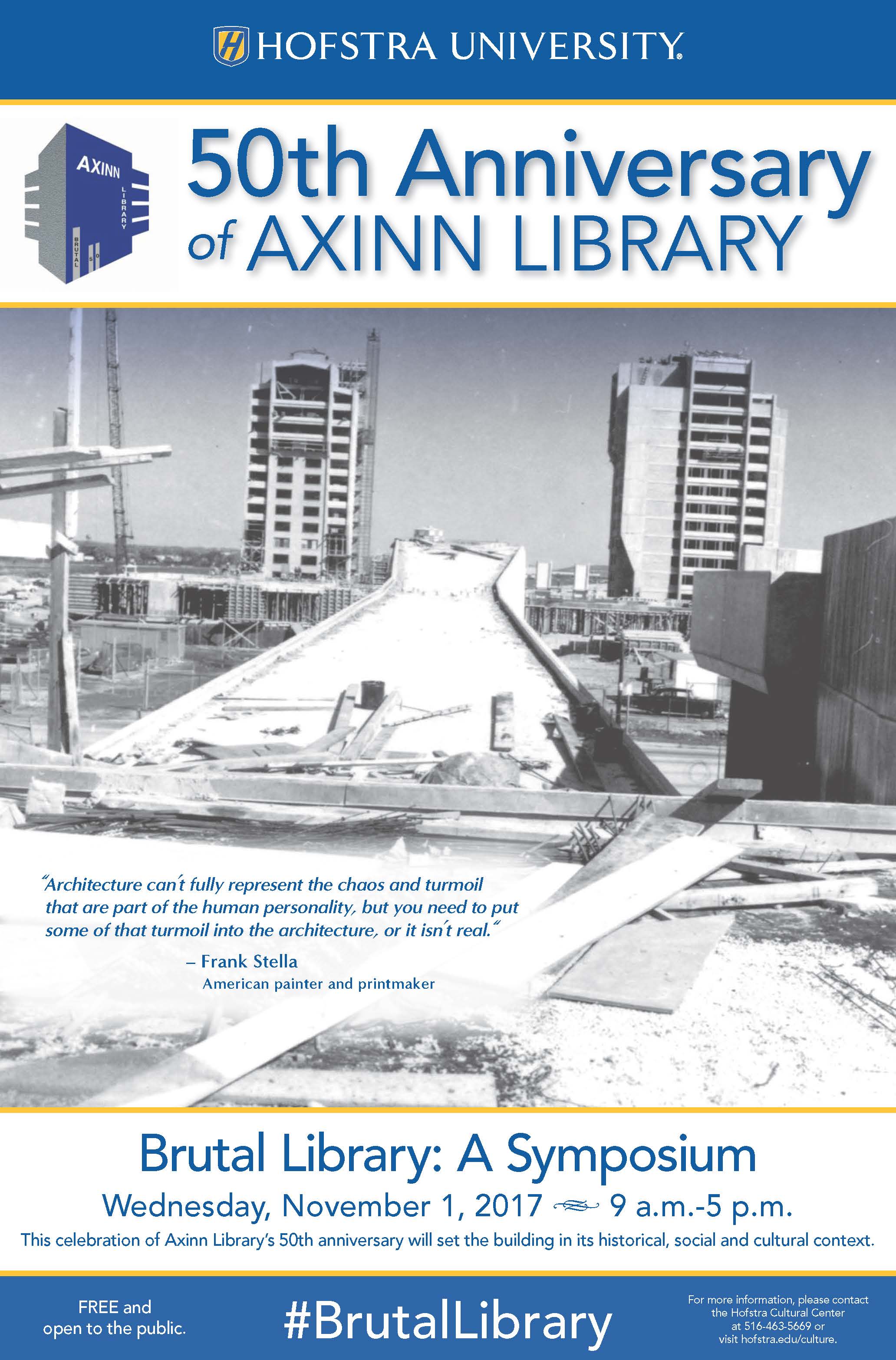 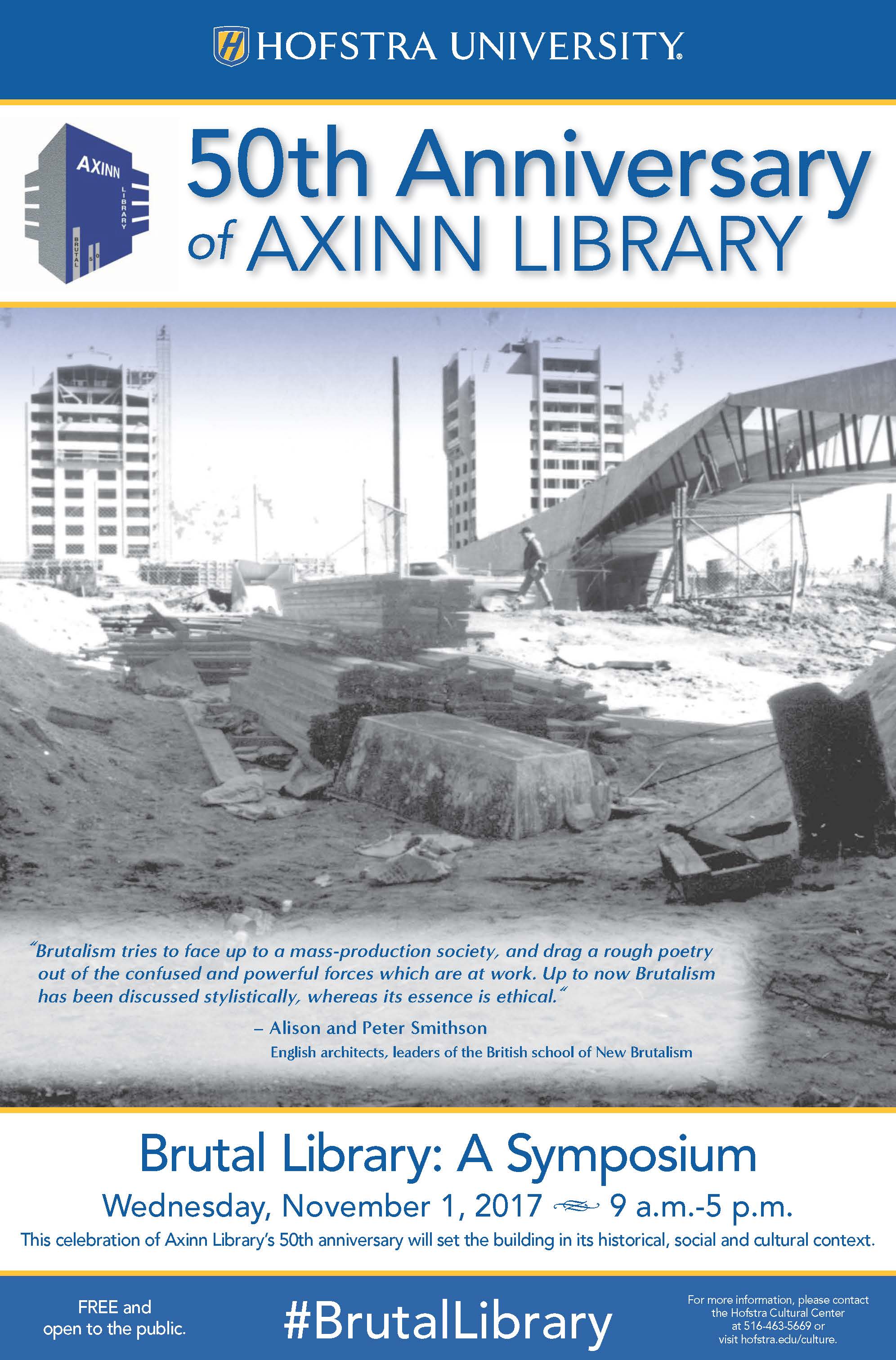 Harry Forgeron reported on the library's construction in the New York Times on May 30, 1965. 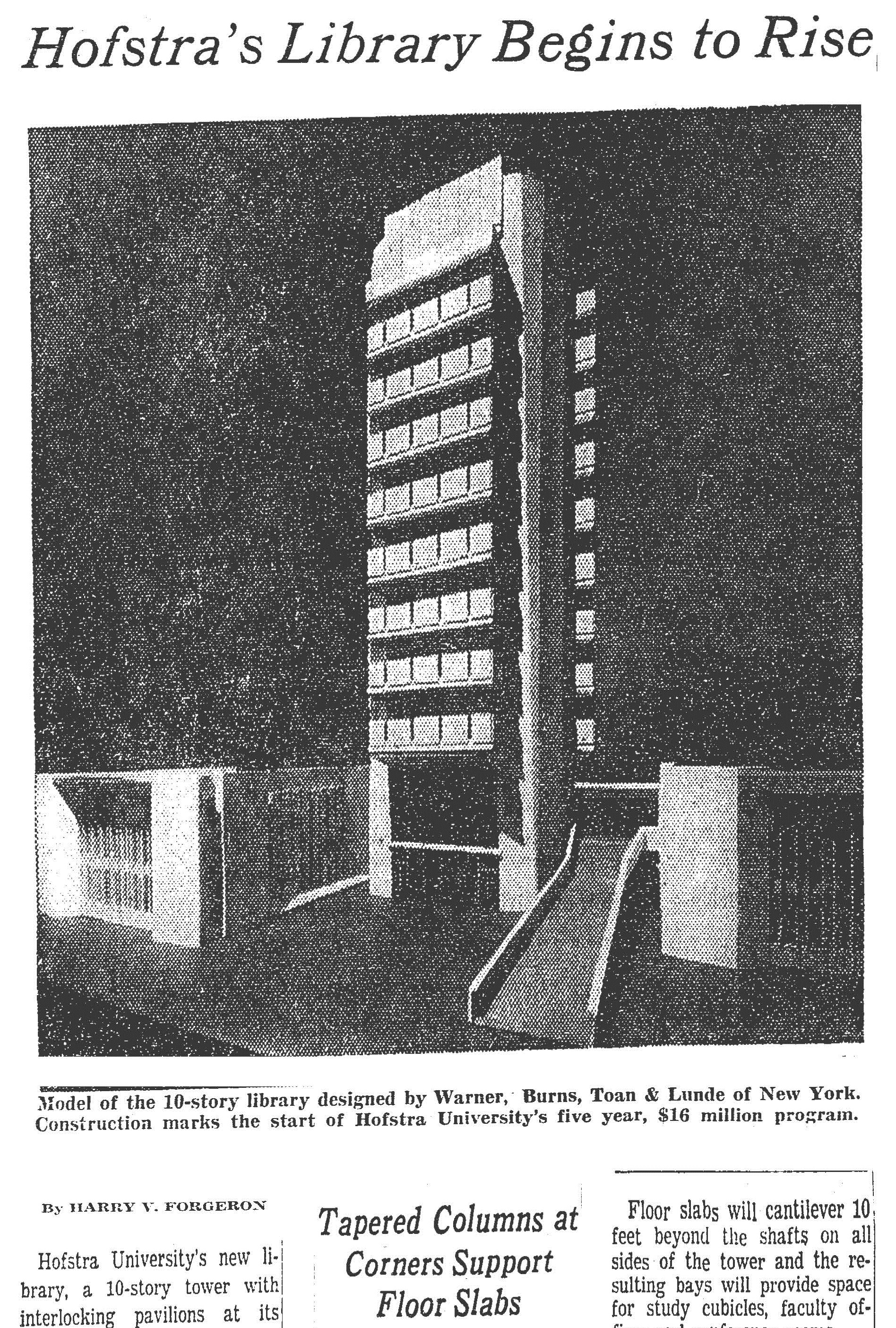 Forgeron reported in the Times again on June 5, 1966 when the Unispan was in place. 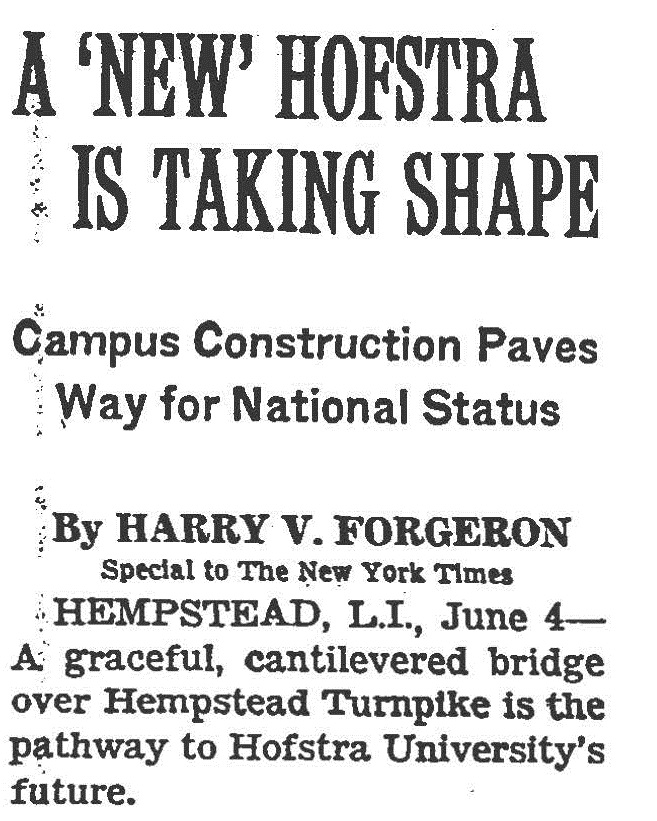 Glenn Fowler reported in the Times on December 25, 1966, that the library complex had won the New York Concrete Industry Board's annual award, selected a winner from among 35 contenders in New York city, Long Island, and Westchester county. 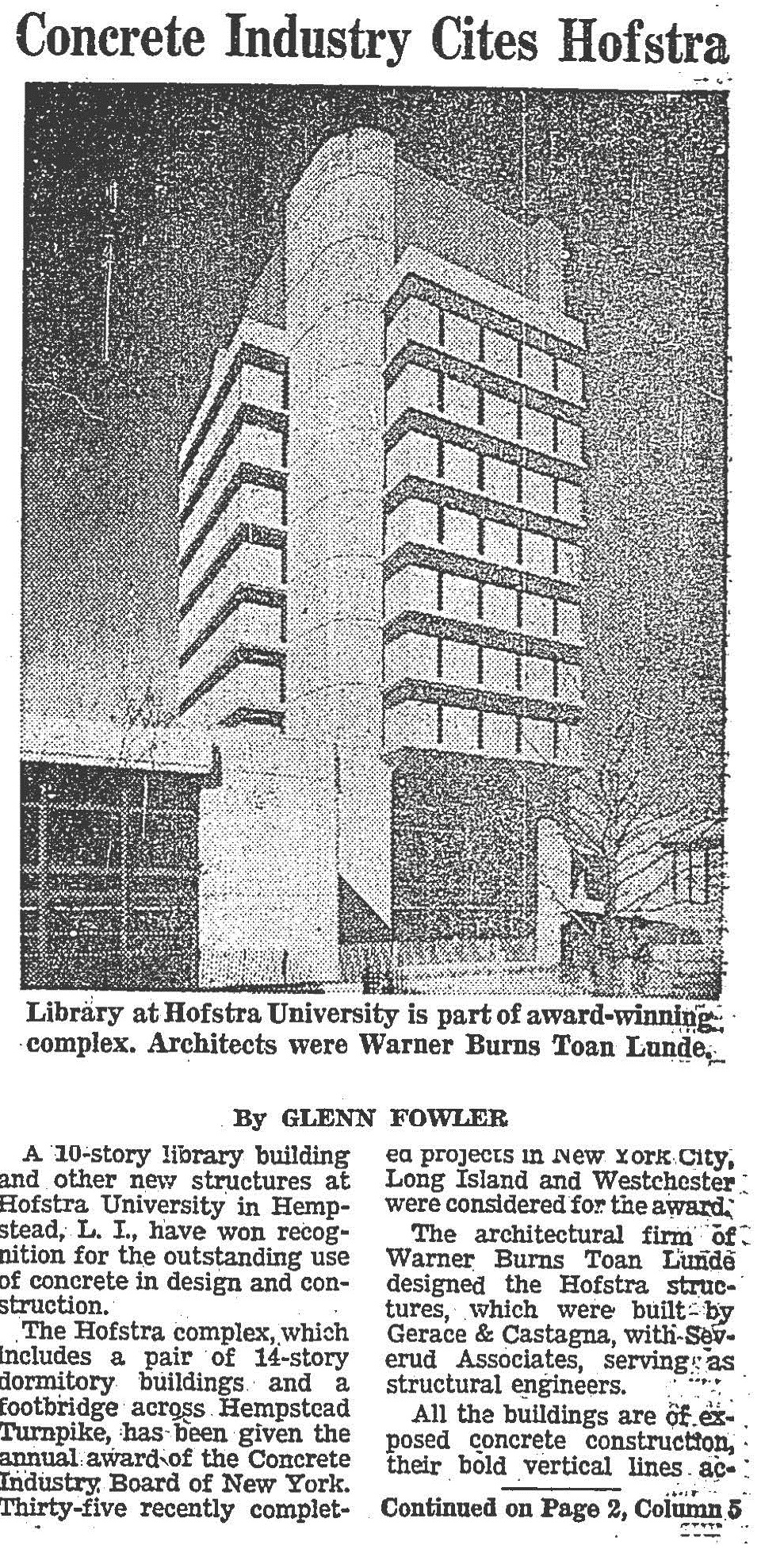 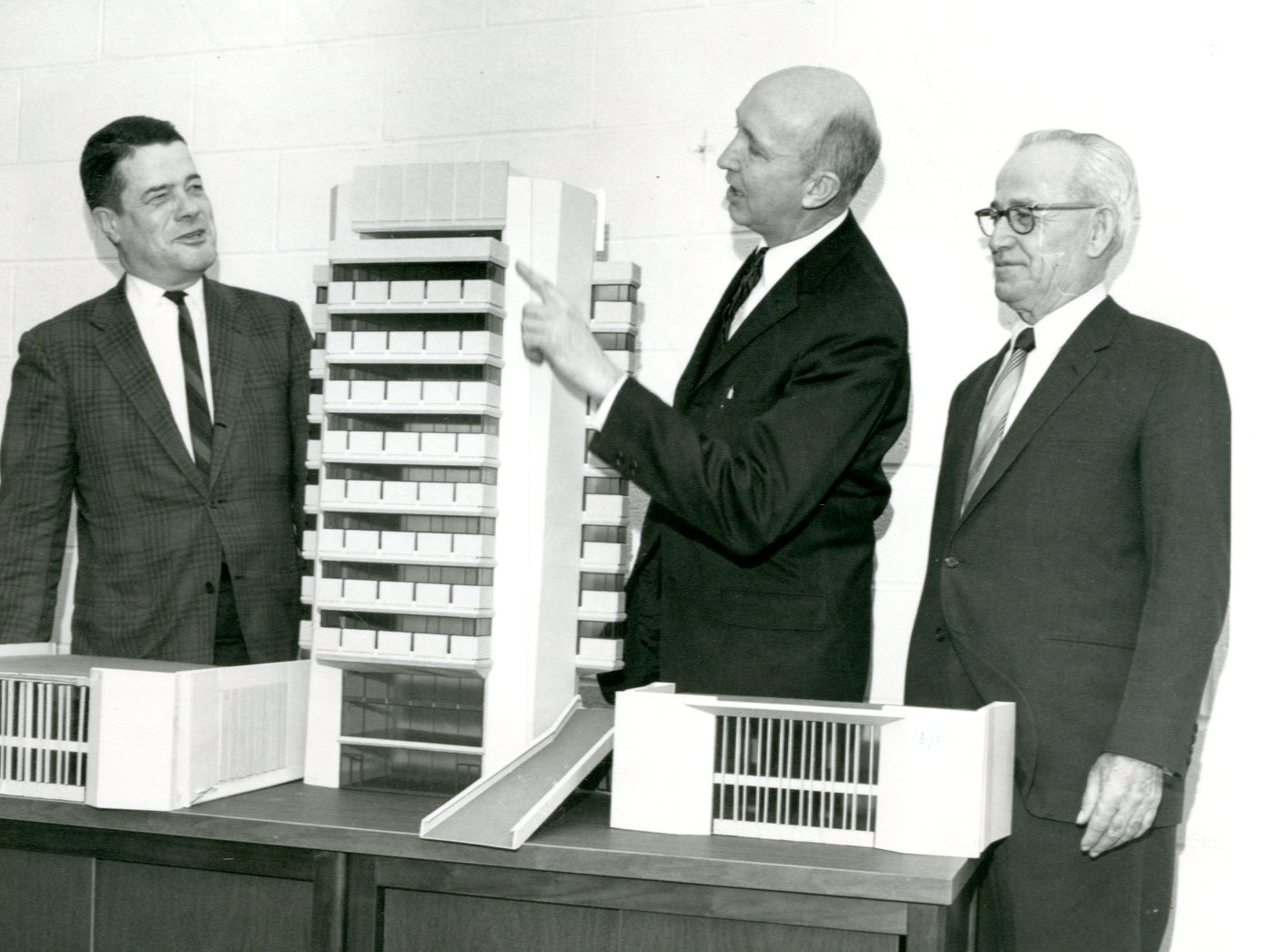 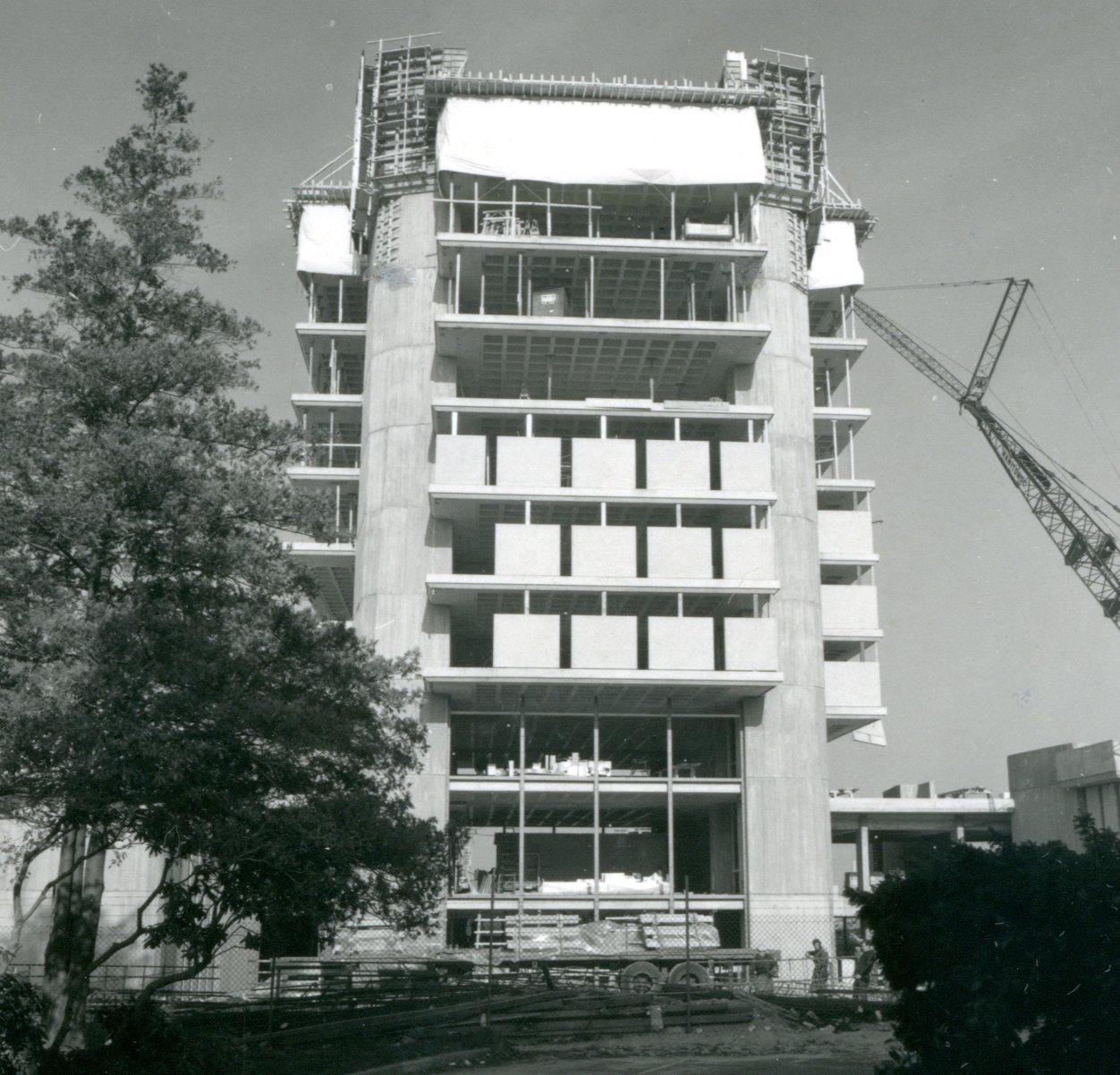 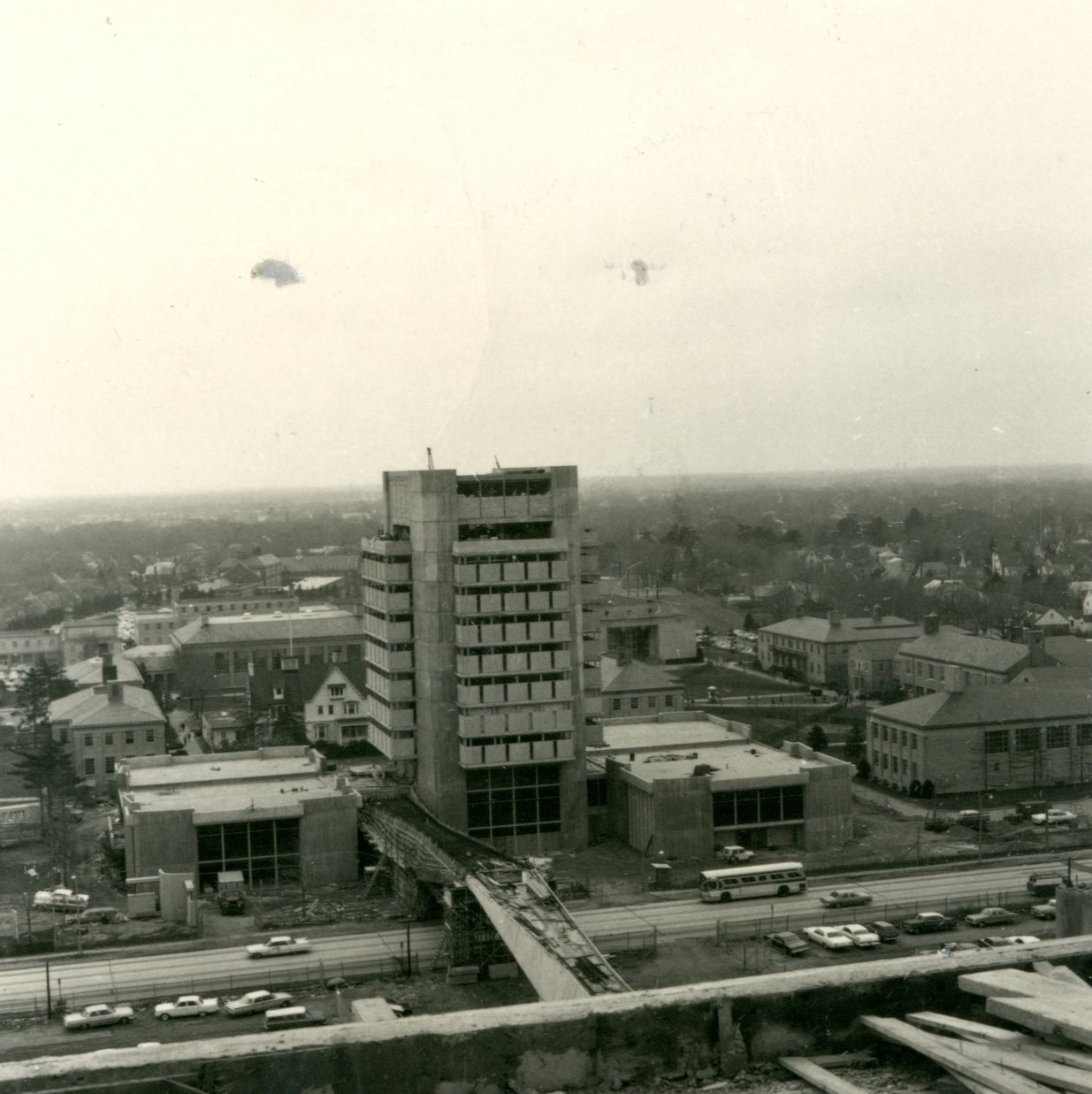 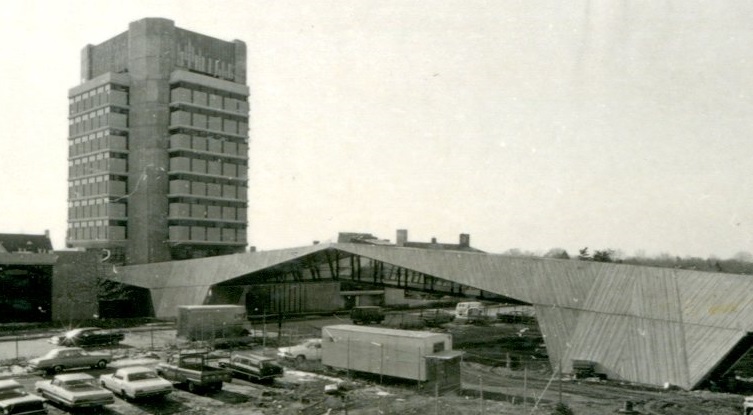 Library and Unispan under construction, 1966 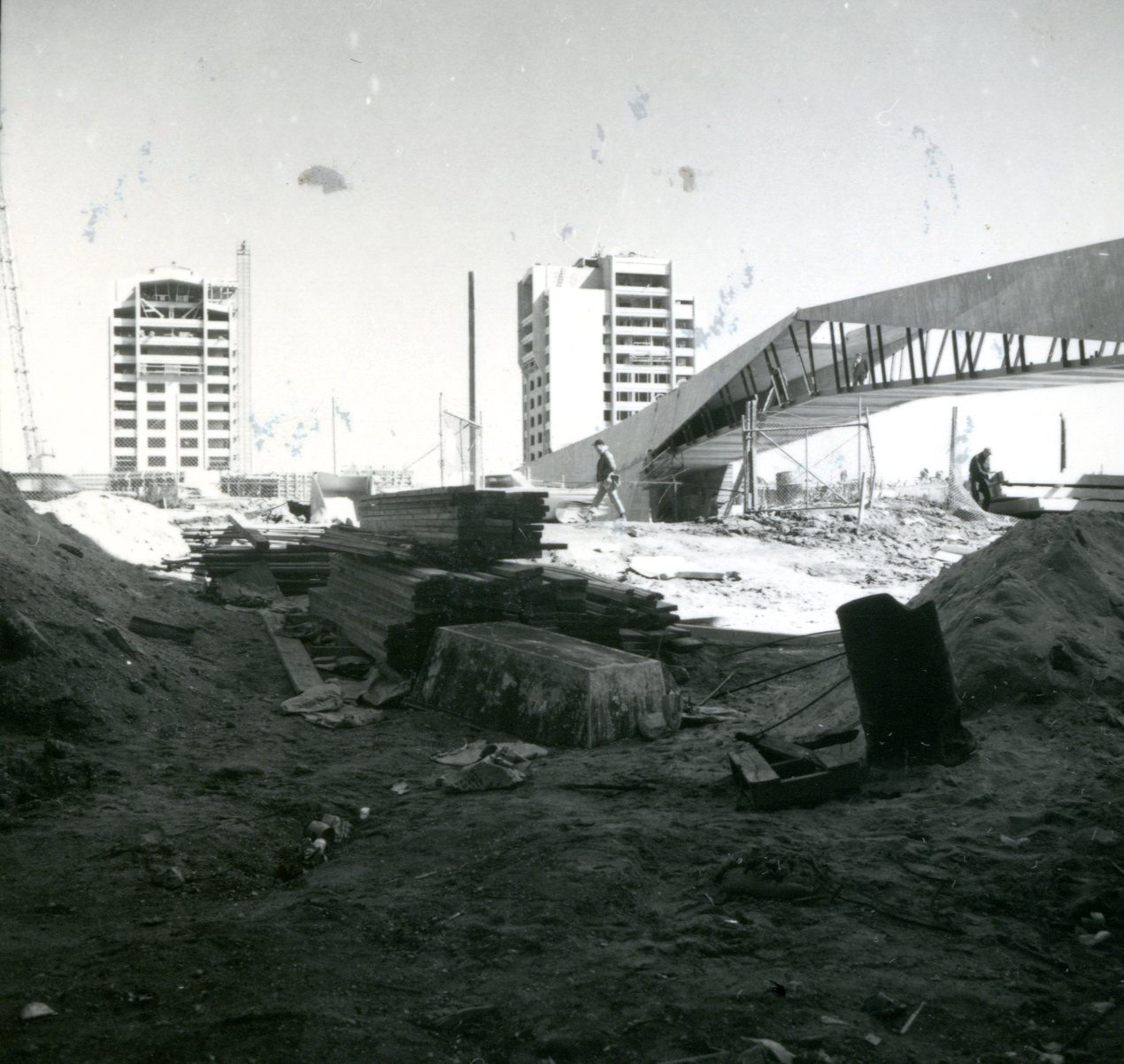 Unispan and Residence Halls under construction May 1966